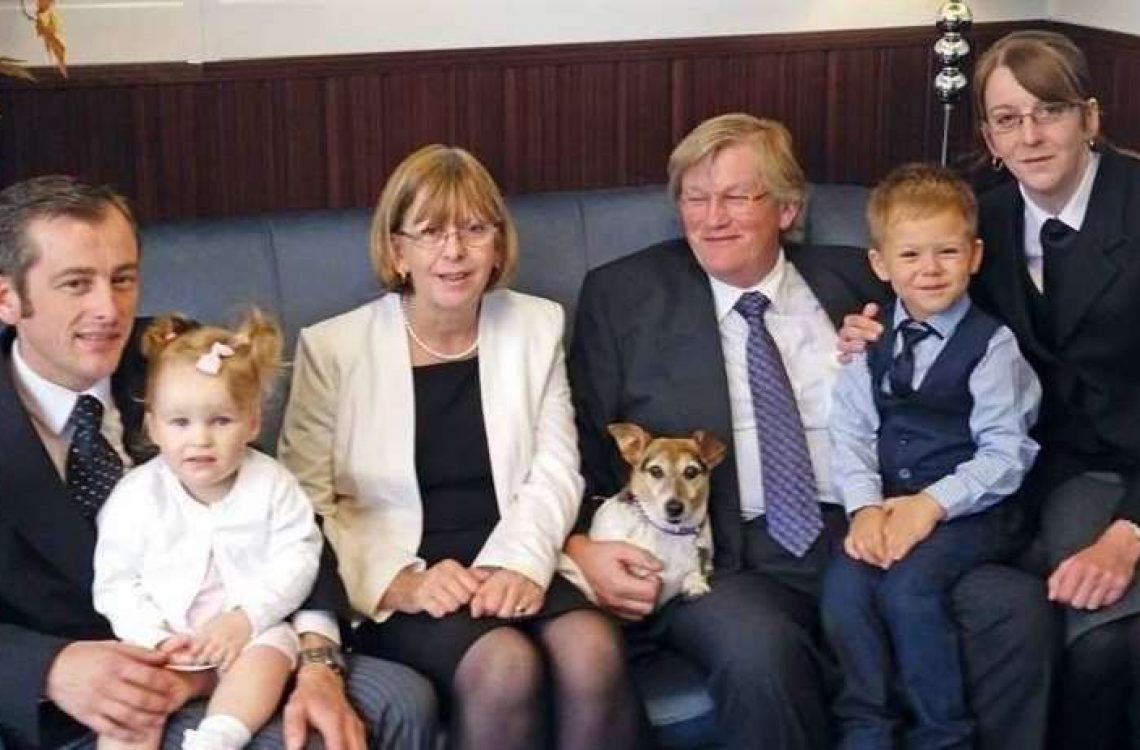 The family of popular funeral director Terry Allen say the business is still going strong, months after he passed away.
Terry, who ran T. Allen Funeral Service in Medway for 24 years, lost his brave battle to sepsis and lymphoma back in September at the age of 62 and the business passed into the hands of his wife Lynn and children Helen and Mark.
A man who was immensely proud of his family and business, he remained adamant and determined that T. Allen Funeral Service continued to serve the local communities in Kent with the same zeal, pride and distinction.
A pledge was made to keep going and that promise is being met today in full by his loved ones.

“Even from his hospital bed, he kept telling us to get the T. Allen name out there and that’s what we have continued to do,” said daughter Helen.
“We’re still here, running the business and as strong as ever as a family and as a business.”

T. Allen Funeral Service has branches in Strood, Gillingham and Rainham and has forged a strong bond with the local communities and surrounding areas.

“Our main aim has always been to maintain a professional, sympathetic and warm approach during people’s time of need,” added wife of 41 years Lynn.

“Every funeral is personal to each individual and that is something that Terry was also a passionate believer of.”
Apart from the close connection to local communities, T. Allen Funeral Service has a long and trusted reputation as a business offering affordable prepaid funeral services, funeral arrangements and coffin ranges.

Those looking to use a hearse will also not be let down from the array of vehicles available from the business’ impressive fleet.

One standout feature is the stylish Land Rover grey hearse – which used to be Tery’s before being converted.
In fact, the Land Rover has an extra special place in the business; it was Terry’s own car before it was converted into a hearse.“Terry was the first to have a Land Rover hearse and it continues to be a sought-after feature for our funeral services,” continued Lynn.

“The vehicle itself is also very versatile and can be used even in bad weather and sometimes slippery terrain.”
Like most other funeral directors, T. Allen Funeral Service is bracing for a busy period in January.According to a recent UK study, the highest death rates are on Christmas Day, Boxing Day and New Year’s Day with figures holding true for all age groups with the exception of children.Terry’s dad passed away on Christmas Day in 2009.

There are several different reasons why funeral homes see a spike in business during the winter holidays.
Some are due to cancer or circulatory problems while other causes include stress, overindulgence or cold weather.
Other reasons are down to the reduced access to healthcare, short-staffed hospitals and people putting their health care on hold during the festive season.

“We always advise people to get prepaid funeral plans because, in most cases, you never know when that inevitable time will come,” added Lynn.

“We ourselves know what it feels like to lose a loved one during the holidays. We had actually lost Terry’s dad on Christmas Day back in 2009.

“Having a prepaid funeral will spare you any late or unexpected costs and here at T Allen Funeral Service we can offer affordable and personal plans.”

T. Allen Funeral Service is a member of The National Association of Funeral Directors (NAFD) and work to The Office Of Fair Trading.

In line with the latest government easing of covid restrictions as from 19th July 2021, T. Allen Funeral Service has decided to continue with our current covid policies which include face coverings to be worn at all times whilst within our premises along with travelling in our private limousines, we will continue to ask everyone to use the hand sanitiser available and temperature checking.

We ask that our policy is respected, it is in place to protect everyone involved and will remain for the foreseeable future.